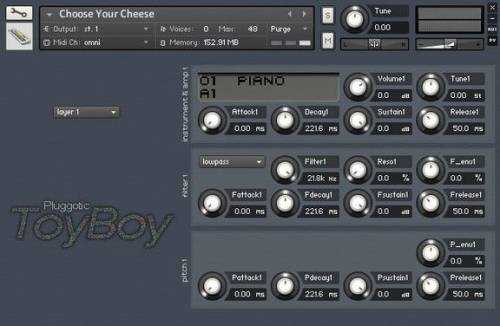 ToyBoy is bundled with ToyBeat, all drums, percussions and soundeffects from the four toy-keyboards in one instrument.