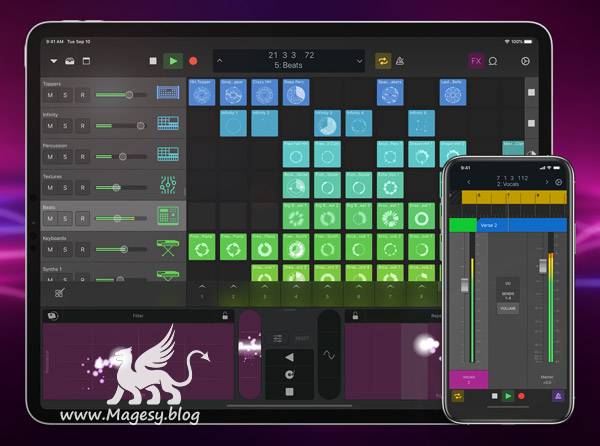 Then you’ll see Logic Remote in action when using it for mixing tasks, loading instrument patches and changing parameters including Smart Controls for instant hands on tweaking. You’ll then fully explore all of the Touch Instruments and see how they can be used to realistically control different instruments and sounds, allowing you t come up with parts you may have never played!

Moving on, Doug gives you 9 videos dedicated to the amazing control you have over Logic Pro X’s new Live Loops feature, as well as how you can use Logic Control to manipulate the new Remix FX function with your iOS device. But wait there’s more… See how to use, edit and create key command via Logic Remote, as well as have your Smart Help info only appear on your Logic Remote device so it’s easy to learn Logic Pro X. Doug even gives you a video on using Logic Remote with GarageBand too.

To see what these comprehensive Logic Remote video tutorials show you, and how they’ll get you up and running with this free, incredibly powerful iOS app fast, see the individual Logic Remote tutorial descriptions on this page. See why Logic Remote is a must-have for anyone using Logic Pro X… Watch “Logic Remote Explained®” today.