This is a light version of the Hyperion Strings Elements library. The library features a 25-piece chamber string orchestra having 8 violins, 6 violas, 5 celli, and 4 basses. The library has an upfront sound that is quite dry, making it suitable for use in a variety of contexts where a more wet sound might not be the most desired thing. One of the main features of this library is that the strings were recorded centered in the stereo field. This is great for contexts where the traditional seating positions of the instruments might not be the most optimal, but also it works great when the instruments are moved to their respective places as well. The Space tab in the interface allows the instrument to be positioned wherever desired. All in all, this is a good library for usage in less traditional contexts.

The samples in the original release were in 24-bit 48kHz format. The samples were converted to 16-bit 48kHz and repacked into NKX containers. A null test results in a peak of -85dB, which won’t be audible at all. Also, after quite some testing, no issues were found with noise floor build-up when playing lots of notes. The conversion process takes the size down to 5.38GB from the original 9.74GB, which is a 45% reduction!

Also included in the release are the HSE Expansion Patches, which were released as a free update and cover a variety of styles and include a few sound design patches as well.

NOTE: Kontakt v6.0.2 or higher is required. This library does not work with legit full version of Kontakt and k’d Kontakt is necessary to use this library. 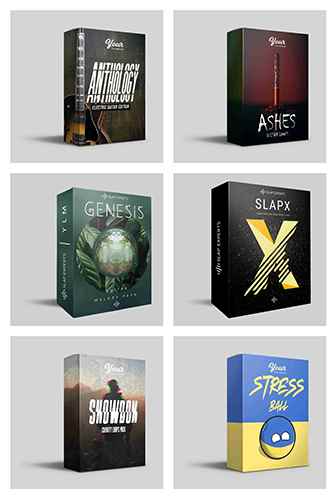 The web does not work well with Adblock or Ublock Please disable your ad blocker for MaGeSYPRO®.
(You also need to have Javascript Enabled)